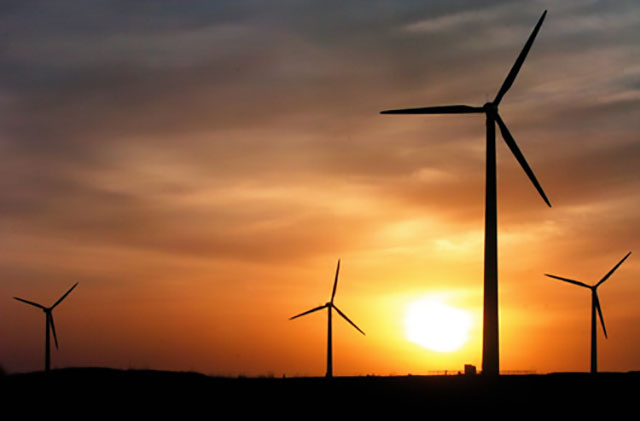 This second round of projects will generate 872 megawatts of electricity from the sun, wind and water, enough power for more than 200,000 homes. It follows the April announcement of 180 projects that will generate 2,400 MW of clean energy.

The contracts come under Ontario’s feed-in tariff (FIT) program, which pays above-market prices under long-term contracts for power generated by projects that use a set quota of equipment that has been manufactured in the province.

The European-style FIT program was launched by Ontario’s Liberal government in October 2009 with the aim of creating jobs, cutting pollution and replacing power lost by the government’s plan to shut down all of Ontario’s coal-fired generators by the end of 2014.

The province awarded contracts to 35 solar projects, generating a total of 257 MW of power, four wind projects, for a combined 615 MW, and one 500-kilowatt hydroelectric project. At least 240 wind turbines and one million solar panels will be used in the developments, the province said.

Nigig Power Corp has the largest contract, for a 300 MW wind project planned for Pickerel, in northern Ontario, followed by a 230 MW wind project proposed by Renewable Energy Business Ltd for Smithville, on the Niagara Peninsula.

Developers submitted 325 proposals for projects greater than 500 kilowatts, with a total generating capacity of 4,547 MW.

Projects that were not approved because they lack transmission capacity are now studied to determine if grid expansion costs are justified.

The province said it expects to award Phase 3 contracts for capacity allocation-exempt projects under 500 kilowatts in the coming weeks.

Earlier this month, the province put a moratorium on offshore wind projects, saying it needed more scientific data on their impact. The decision angered clean power developers and advocates.

A looming provincial election has also created uncertainty in Ontario’s clean energy industry because the opposition Progressive Conservative Party has promised to scrap "ridiculously" generous rates for green power developers if they win the Oct. 6 vote.

Under the FIT program, about $1-billion worth of solar and wind projects have started up or are in the process of being built in Ontario, according to government data. About 13,000 jobs have been created in Ontario due to green energy legislation, the government estimates.

A string of companies have announced plans to set up operations in Ontario in the 16 months since the FIT program was introduced. Most notably, South Korea’s Samsung C&T has committed $7-billion to build four wind and solar clusters and four manufacturing sites in the province.

Please come join us for Our Annual Community Christmas Party, This will be the first one we had since 2019!

Pickerel Contracting Ltd. is currently seeking a full-time General Carpenter to join our team. The General Carpenter reports to the Site Supervisor and is responsible for assisting with construction and maintaining residences and buildings. The General Carpenter will also assist with building, restoring and/or installing of structural woodwork and related materials of active projects. This position requires excellent physical stamina and a strong work ethic.