Henvey Inlet and French River No.13 have a very interesting past, but very little of it is presented here. In fact, most of our story is unknown to mainstream Canada, and sadly, to most of our Members. It has yet to be written.

We set up a new Emerging History Page to post what we know and to seek the help of Band Members and others who possess either oral or printed history to help us tell our own story.  Please go to the new page for an update on this important project.

The Henvey Inlet, French and Pickerel Rivers were all used in the past for fishing, hunting, trade, and logging.  Of course the first settlers of this area were Ojibway.  Before the Robinson-Huron treaties the Ojibway lived in a various locations around this diverse and beautiful land, from the Atlantic Ocean to the Prairies.

Henvey Inlet First Nation is comprised of three separate reserve properties.  Henvey Inlet Reserve No. 2 is located on the North East shore of Georgian Bay approximately 90km of Sudbury on the west side if highway 69 and 71km North of Parry Sound, at approximately 40 degrees 50’ North latitude and 80 degrees 40’ west longitude.

French River reserve No.13 which is 11km north of the Henvey Inlet #2 reserve, is east of highway 69 on Pickerel River, approximately 45 degrees 58’ North latitude and 80 degrees 30’ West longitude.

The main village is on the French River Reserve No. 13, along Pickerel River Road.  At the present time there are 50 houses, most have been built within the last 10-15 years.  A 4000 square foot Public Works garage and a 1200 square foot commercial building were built around the same time (1993).

Currently the Band Office is located in our commercial building the old Band Office is leased by our Tribal Association. The Public Works building is used by Henvey Inlet Fire and Rescue along with their First Response team, the building is also used for community events.

More housing is in the planning stages for along the Pickerel River Rd and in the subdivision should population continue to increase. There is a small population at the Henvey Inlet Reserve No. 2, however there is no other development other than the 12 members homes at this time.

There is a population of about 150 members on reserve and 450 off reserve. There are also a few people that live just outside the reserve boundaries on the North side of the French River No.13 at the Pickerel River landing along with tourists in mostly the summer months.

Gas Bar - Closed to the Public!

The Gas Bar is open!!!! New hours of operation.

Please be advised that the deadline to submit an application for Post Secondary Assistance has been extended to June 18, 2021 at noon. 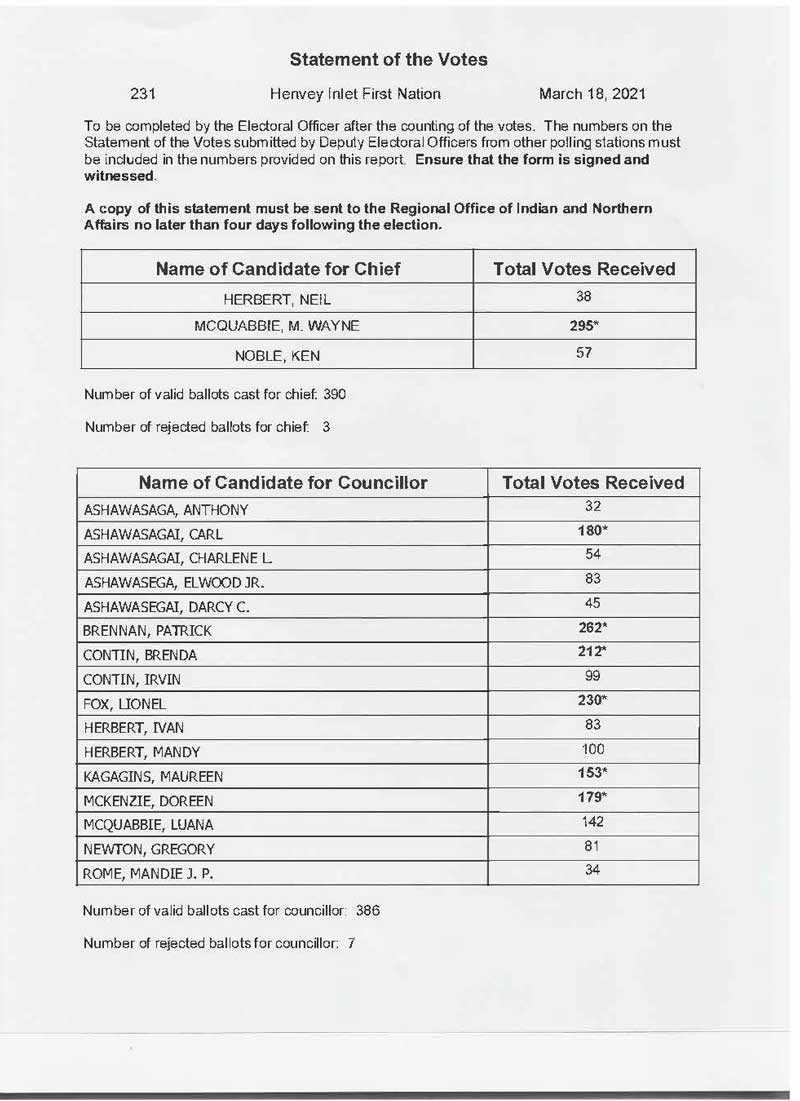 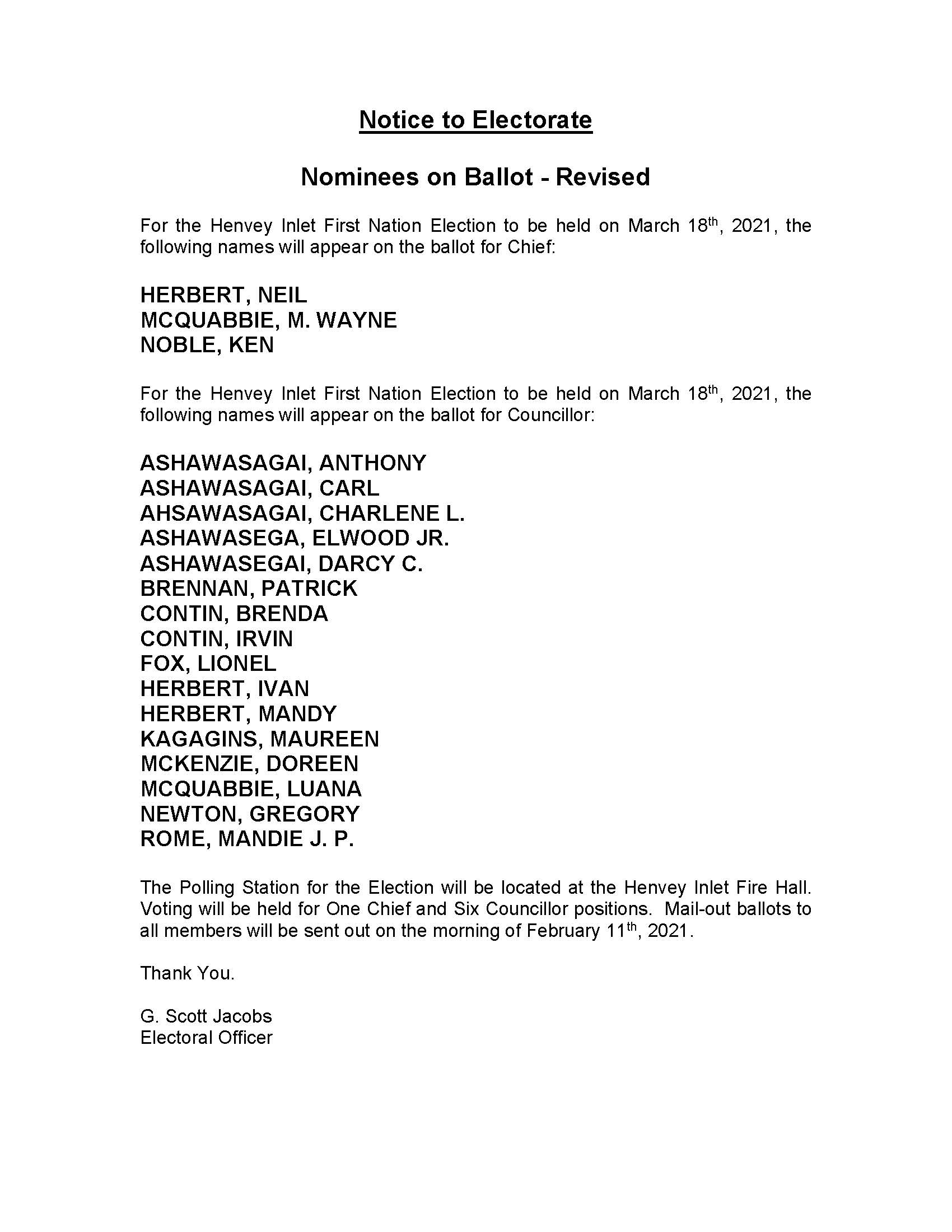 Henvey Inlet First Nation is seeking a Trailer Park Assistant to join our Administration for a short-term seasonal contract from May 2021 to October 2021. The Trailer Park Assistant reports to the Trailer Park Manager and is responsible for assisting with operations and grounds maintenance for the trailer park and marina. This position requires excellent customer service skills and a strong work ethic.